Benefits of Using Ruby On Rails For Web Development

There are a lot of technologies used in modern web development. These include various CMS, programming languages, frameworks, etc. Ruby on Rails is one of the most powerful solutions.

What is Ruby on Rails? What are the benefits of using ROR in web development? The article will answer these questions.

What is Ruby on Rails

Ruby on Rails is primarily a development environment that is great for building any type of web application: systems for managing websites and ecommerce platforms, collaboration tools and web services for communication, accounting, and ERP systems, statistical and analytical tools.

Ruby on Rails (ROR or Rails) is a multilevel MVC framework for building web applications that use relational and NoSQL databases (for example, MySQL, MariaDB, PostgreSQL, MongoDB). The framework is written in the Ruby programming language. ROR is suitable for the development of common websites, which must be really fast, fault-tolerant and work under high load, and for web applications with complex business logic and dynamic web-interfaces. Ruby on Rails is open source software and is distributed under the MIT license.

It should be noted that the Ruby programming language is mostly run by professionals. The entry level is quite high, so Ruby programmers usually come to it after several years of work with other programming languages (most often from the PHP world). So even a beginning Ruby programmer is an experienced web developer with a lot of knowledge and experience. For the Ruby language, the most popular framework is Rails, more than 90% of web applications use this framework. 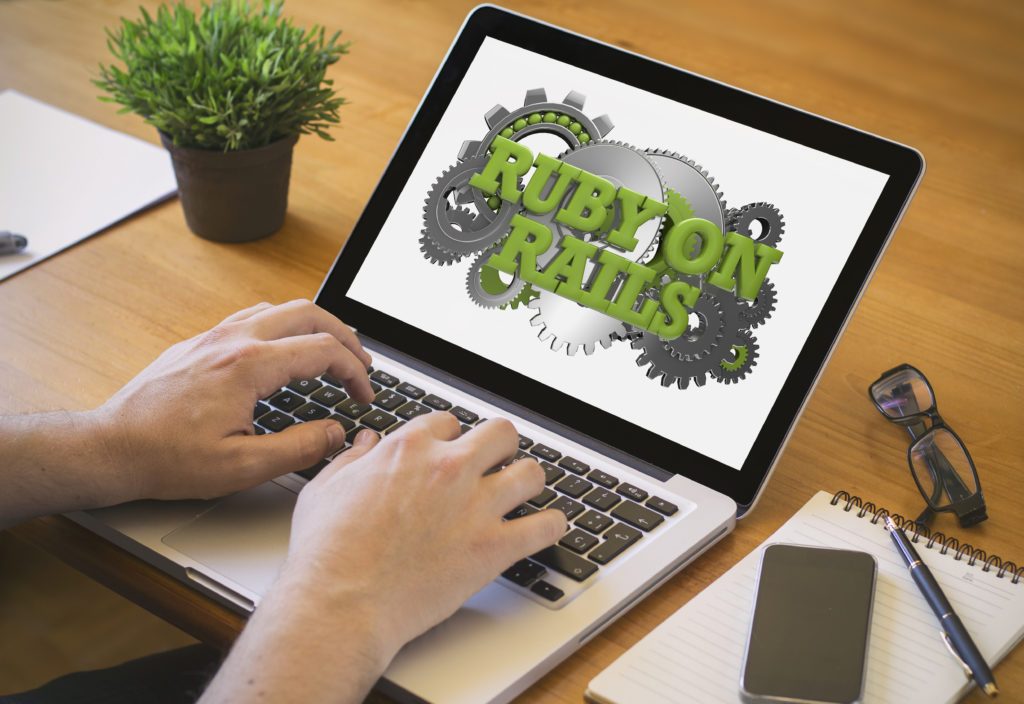 The main principles of Rails development are:

Around Ruby on Rails, there is a large open source plugins ecosystem which implements the most popular functions. They are called gems. There is a variety of gems: from low-level ones, which are responsible for certain aspects of the internal app work, to high-level one, which represents a separate module for solving a whole range of business tasks. The use of the plugin system in many respects lead to the high popularity of the framework — the ability to selectively connect individual components and libraries greatly accelerate the development process, and the fact that the extensions used are well tested and debugged over the years ensures the reliability of solutions developed with this approach.

Myths about the Ruby language and the Ruby on Rails framework

1. “There are no developers.” Myth. There are a lot of developers. There are less of them than in PHP, but the average skill level is much higher — very many of those who call themselves a PHP programmer is actually just layout designers with superficial programming language knowledge that are not able to write even the simplest web application. If you compare Ruby with Java, then the number of developers is comparable, and in comparison with. NET, Python and Perl, there are more Ruby developers. So you will be able to hire Ruby on Rails developer to build a project of any complexity.

2. “Very Expensive.” Myth. Good web programmers generally are expensive, no matter what language and development platform they use. When you hire a Ruby on Rails developer, his salary and the PHP programmer salary are comparable, if the PHP programmer is able to write a program a bit more complex than “Hello, world!”, works with several frameworks, knows the OOP, the MVC paradigm, and has more than 3 years of experience in the field.

3. “Slow” and “Non-scalable”. Myths. GitHub, Groupon, Basecamp, Twitter, and many more projects with many thousands of visitors use Rails: they work fast even under high loads and are perfectly scalable.

Benefits of using Ruby on Rails

Ruby on Rails is really a great framework for web development. You can use it to build the complex websites, high-loaded web apps, and scalable enterprise solutions. Dedicated Developers offers  Ruby on Rails developers so you can get the most efficient solution for your business.

An Amazing idea deserves a world-class development company like Dedicated Developers, where you will find high-end technology, tech-expert developers, and development quality. For more information on our Mobile development Services, Healthcare App Development mail us at inquiry@DedicatedDevelopers.com

How to Choose a Software Development Company

What are Some of the Best IoT Enterprise Solutions