Wearable application development is inherently unique. It is not unique because of design specifications or certain requirements. The reason is that it encompasses a host of several distinct features and these features, ordinarily, are outstanding. We shall attempt to analyze the market and focus on the Apple watch app development in the hopes of identifying patterns or features which signal excellence.

We know that wearables are the general term for devices which can be worn on any part of the body. They are equipped with smart sensors and mostly, Bluetooth is relied upon for connecting to other devices. This makes wearable devices fundamentally different from others.

More so, the projected market for wearable devices and wearable app development continues to expand daily. Statista estimates that over 8 million wearable devices will be in circulation by the year 2020. Hence, major tech giants such as Google, Apple, and Samsung are making considerable efforts in advancing wearable development. What are some of the features which contribute to the outstanding nature? They are discussed below.

Sometimes, less is more, on other occasions, the reverse is the case. When it comes to wearable app development, the former is true. Users prefer a minimalist design and outlook as they believe that this helps the product to remain relevant. Another reason for this position is the fact that wearable development should feature lightweight apps which respond quickly to commands.

When we study the Apple watch app development process, we were exposed to the strict adherence to this unspoken rule. The minimal design has always worked for Apple laptops, phones, iPods, and iPads. It was simply extended to wearable app development and it succeeded. 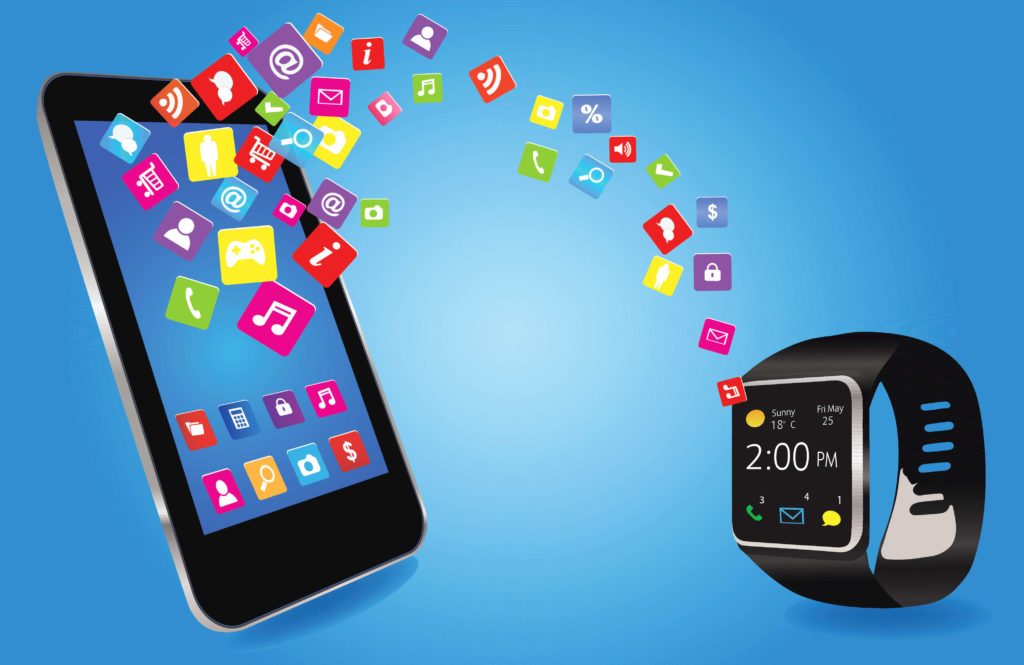 This is, perhaps, the only place where we fail to borrow a leaf from Apple wearable watch app development. When you execute wearable development projects with just one platform in mind (Android or Apple or Microsoft), you leave out a vast potential market and this market might never be recaptured.

Putting it straight, the world is already anticipating the influx of wearable devices. Every consumer is eagerly waiting for an app which will exceed his or her expectation. The key is to make an application which allows downloads from a host of other platforms. More so, you require constant testing so as to identify bugs and irregularities.

Proponents of wearable development, as much as they hate to admit, will explain the need for data security. The demand for security becomes heightened when we think of the fact that Cloud is now the repository and platform whereby data is transferred to the wearable device. In essence, wearable app development involves an extra layer of security and this is in a bid to protect the customer’s privacy.

The next time you see features like voice recognition or hand gesture requirements, it is all in a bid to facilitate unbridled access to your secure data on the cloud without violating the security protocol in place. Similarly, other features like two-factor authentication, secure cloud access, and other security platforms are characteristics which make Apple watch app development beautiful and functional at the same time.

If you’re a wearable app development enthusiast, you must have noticed that you cannot get detailed notifications on your smart device. Sometimes, this is a terrible chore- trying to come up with single word notification for smartphone applications. Here’s where wearable development becomes tasking, why not use other aspects of the device for notification? A voice note or a different color of light, blinking should suffice.

They Monitor how Users Launch the App

By doing this, they can tell which app users are more valuable. I.e. those who launch the app from the complication, Glance, or those who launch from the home screen. In the wearable development process, you can make the different launching points conversion variables and then identify how users access your app.

Apple watch app development has a child and parent relationship for the most part. However, users still need to enjoy satisfaction using both devices separately. In order to effectively measure the impact of this relationship, it is important to look out for the amount of content consumed and time spent using the app.

Apple watch app development includes a report which demonstrates the relationship between the phone app and the wearable app. How is this achieved? The a.RunMode context variable which can be generated automatically in the Software Development Kit is utilized.

Even though the field of wearable development has blossomed in an impressive manner, there’s still more to come in the not-too-distant future. There are several other factors to be considered and more challenges lie ahead. As seen from the Apple watch app development, it is important to adopt a user-centric approach to development as this is the only way to endear clients.

Move your enterprise one step ahead with our Wearable Development solutions. Get to know our Wearable Services mail us at inquiry@DedicatedDevelopers.com