When choosing the right programming language for web development, adequate research must be carried out to find out what will suit your needs. This is because the various programming platforms available have distinct features which would suit some purposes and would falter for others. In essence, before you hire Ruby on Rails programmers, thorough research is required.

Python and Ruby are among two very popular languages programmers use for web development and web-based apps. These two languages have a lot in common visually, and they both help as regards clean, concise, and readable codes. Despite their similarities in visuals and goals, it must be known that Python and Ruby are worlds apart in their approach to solving problems.

This is why a lot of thought must be done before you hire a Ruby on Rails developer or a Python developer. Truly, both of them have their distinct strengths and weaknesses and choosing either of them would have consequences for your end product.

But first, let’s see the two platforms for what they truly are.

Python is a programming language that takes a direct approach to development based on the principle of simplicity. It’s inspired by a multitude of languages which include Java, Perl, Lisp, C/C++, and ICON. Python is conservative in nature and goes by the principle of doing things in what it calls the best way. This principle has made it very easy to learn and simple to read. Some of the famous websites built using the Python programming language are Google and YouTube.

Ruby on Rails offers a programming language that focuses on human language programming and its codes read like verbal language as opposed to a machine language. Its principle is also very simple and many programmers like this.

Unlike Python, there are varied ways of doing things with Ruby and the notion of sticking to a certain “best way” of doing things doesn’t apply here. It’s object-oriented and inspired by C, Perl, Java, and C++. Some of the famous Ruby-built websites are Twitter and Hulu. Ruby’s philosophy is rooted in elegance, power, and expressiveness. Ruby also employs the use of blocks or first class objects which contributed to the potency of the language, especially when combined with its other strengths.

Which is Better for a Programmer – Python or Ruby?

Questions regarding which is better between Python and Ruby are being asked by developers. Even project developers are always asking whether to hire Ruby on Rails programmer or Python developers. The truth is, this is a very difficult question to answer.

This is because each language has distinct features that make them unique and suited to the various needs of the programmer. They both do very good jobs whenever they’re employed, and programmers have always come out to endorse both as efficient and effective.

In as much as it’s difficult to separate these two amazing writing languages, some indices have pointed to the fact that Ruby on Rails might just have the marginal advantage over Python when it comes to hiring the better writing language.

This decision was not reached quickly. A lot of thought went into reaching this conclusion. Let’s take a look at some of the reasons Ruby on Rails is considered the better alternative when it comes to choosing the right language for writing by developers and programmers. 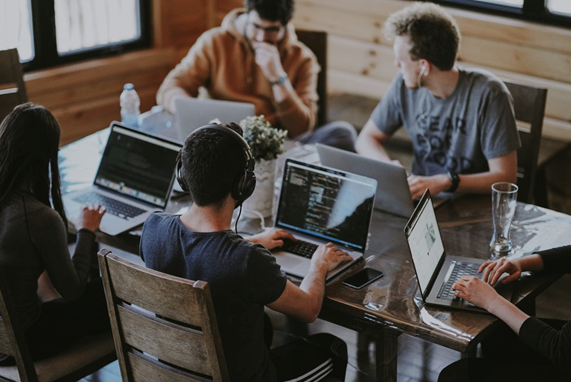 Every company is advised to hire Ruby on Rails programmers for writing their program language because it offers flexibility. Python is known for its very conservative stance and principles as well as the belief that there is only one best way of doing a particular thing. This principle of doing things in one way is stifling and it’s known that people enjoy the chance to do things with different methods as doing things the same way over and over would be very boring.

Ruby on Rails also ranks better in terms of innovation. To make the user experience better and more interactive, it’s expected that a lot of time will be dedicated to research and development so as to make any platform better. We can beat our chest to say that Ruby has done very well in this aspect.

It has continued to add newer features to its platform which has made program writing on the platform be effective and efficient. For instance, it introduced writing languages based on human programming as opposed to the normal machine language.

This allows its codes to read like a verbal language so that if you hire Ruby on Rails developers to take over an unfinished project, there’s no issue understanding the project. Also, it has successfully added the use of blocks or first class objects which has made it extremely powerful, especially when combined with its other features like the use of lambdas and functional programming.

The Advantage of Specific Target

The evolution of Ruby on Rails is truly admirable considering what it started out to do. Initially, Ruby was built for web development only. However, it has transcended into a framework that is capable of doing just about everything.

It is a fact in the web development industry that any company that wants the best deliverable in a project should hire Ruby on Rails developer. The advantage of specialization it has garnered from the early years has given it the edge over Python in this specific aspect as well.

In conclusion, it’s established by every factor that both Python and Ruby on Rails are very good writing languages for web development, web-based apps, and web services. However, Ruby on Rails seems to have a marginal advantage over its competitor and should be the choice of programmers when hiring. In case you’re looking to hire Ruby on Rails developers, kindly Contact Us.

How Much Does it Cost to Develop a Custom CRM?

Ultimate Guide to the Types of Magento Certifications for Developers