When we talk about Android app development, almost unanimously, we agree that Java is the appropriate tool to be utilized. While Java is undoubtedly reputable with a wide array of open source tools and libraries, this language is absolutely recondite, giving Android app developers cause for concern. Kotlin, on the other hand, is a solution to the daily troubles experienced by Android developers.

JetBrains, the brain behind IntelliJ, the brain behind Android studio, is the same company underpinning Kotlin and this is a good development as it will ensure that Android app developers in the Kotlin community receive sufficient support from Android Studio. Does this signal the end of Java’s reign as the ultimate tool for Android app development? Depends on how you look at it.

The Antiquity of Java

While reliable, Java is anything but modern. Android developers still have to utilize many of the features available at the inception (many years ago), albeit a handful of upgrades. When Java 8 was released, the Android app development world cheered and relished the opportunity of using new & improved functions.

However, it was found that only a subset of the features is available to Android app developers. In fact, any Android app development company would rather stick with Java 7. Assessing the application on a large scale, companies like Pinterest, Netflix, Amazon. 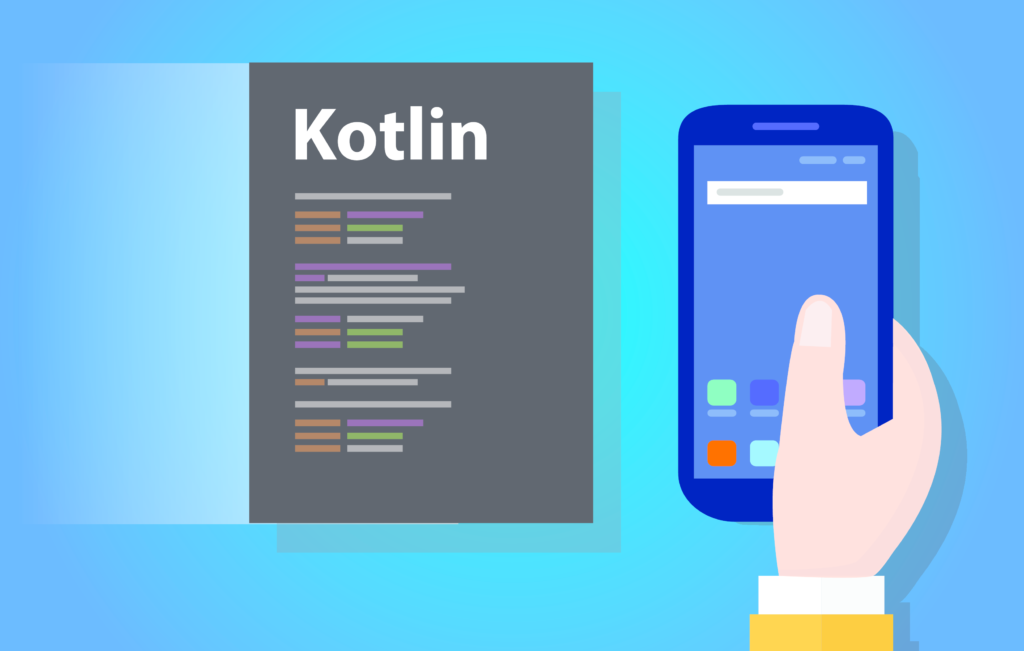 Java experts will tell you that more is better. In fact, Android app developers are already used to writing extensive lines of code to execute a program. Kotlin, on the other hand, allows for succinctness when writing lines of code. This eliminates the need for redundancy or complications which result in errors.

Kotlin is Interoperable with Java

Android app developers are amazed at the possibility of this feature- basically, having two programming languages working together (congruously) on a similar project. Now, any Android app development company working on an existing project with Java can employ Kotlin without having to convert the code because the classes co-exist.
More so, in the process of Android app development via Kotlin, developers can use Java libraries. In essence, versatility and interoperability are in Kotlin’s favor.

Kotlin is Easier to Learn

Android app developers might get discouraged at the fact that a new programming language means that they need to go back to the drawing board and begin to learn the basics of Android app development using an entirely brand new language. Apart from the time and energy it consumes, an Android app company with lots of project on hand might suffer loss as a result of downtime.

Kotlin, however, acts as a Java enhancement. What does this mean? Basically, an established Android app developer with proficiency in Java will have no problems using Kotlin. Moreover, it has a lean, clear, and very intuitive syntax, making it easy for newbies to grasp without stress.

As mentioned earlier, JetBrains is the brain behind this development and they are also behind Android Studio. The implication of this is that there is a burgeoning community of Android app developers, a plethora of open-source resources, and an ever-ready support platform.

This promised support is evinced in the ease of setup. When the Kotlin plugin has been installed, just a few, easy to understand steps are required for the app to be properly configured. As an Android app development company, you should expect auto-completion, debugging, refactoring, testing, and navigation.

Is Kotlin a Messiah? Not really. One gospel truth known to any decent Android app development company is that there’s no perfect tool or model. What are some of the inherent challenges with Kotlin?

The Kotlin platform offers its standard library and runtime is accounted for in your Android kit. What this means is that your .apk file will feature extra space. This might go unnoticed for small applications, however, for others, that 800kb Kotlin adds will deter users from downloading the application.

Android developers rejoiced at the advent of Kotlin- a platform where you get more done by typing little. However, this seems to be the language’s undoing. Imagine trying to understand a colleague’s code- one where he or she types just a line of code to execute tons of commands.

That will be very difficult to decipher and this might discourage Android developers from employing this tool on a large scale for projects. A more orthodox Android app development company will stick to Java Development Services because verbose and easy to understand is better than summarized and recondite to decipher.

Conclusion- Making the Switch to Kotlin or Not

It might be hard to state categorically, the future of Android app development. Some Android developers believe that Kotlin is here to stay, while others express assurance over Java’s reign. Ultimately, the choice is yours to make. You can contact an Android app development company to find out more about what is available.

Four Things All Great Apps Have – Include Them in Your App & Watch Its Popularity Explode!