Angular 7 – What are the Improvements and Features

The long wait for the anticipated new Angular version is over as Angular 7 is out with new and improved features. The AngularJS development company launched this version with features like Angular Material, core framework, CLI prompts, and tool changes.

These features, although a little light, improves the general performance of the framework. A web and mobile development company will be able to upgrade to this new version quickly. In this article, we’ll highlight the new features and improvements that are associated with this new Angular version.

Angular 7 focuses mainly on the Ivy project—this project is typically reworking the Angular compiler and runtime code to create it to be quicker, improved, and smaller. However, the Ivy project is not prepared for prime time yet.

Let’s take a look at these features and improvements.

With the new CLI prompts, a web and mobile development company will discover routing, the built-in SCSS support and more when running commands like ng-add, ng-new and @angular/material. A prompt will come up which will help you decide if you want to add routing or try different stylesheet formats.

The all-package-publishing schematics can profit from CLI prompts because these prompts have been added to Schematics CLI. A web development company in USA can make use of this Schematic CLI to instruct the Angular CLI which prompt to implement.

The AngularJS development company announced visual enhancements and updates in Material Design which was earlier updated. The improvements and upgrades in Angular material and CDK include refresh module, virtual scrolling module, dynamic loading and unloading of DOM parts, large data lists, and others.

The drag and drop feature can be fit in Angular 7 by importing either the Drag &Drop Module or the Scrolling Module. 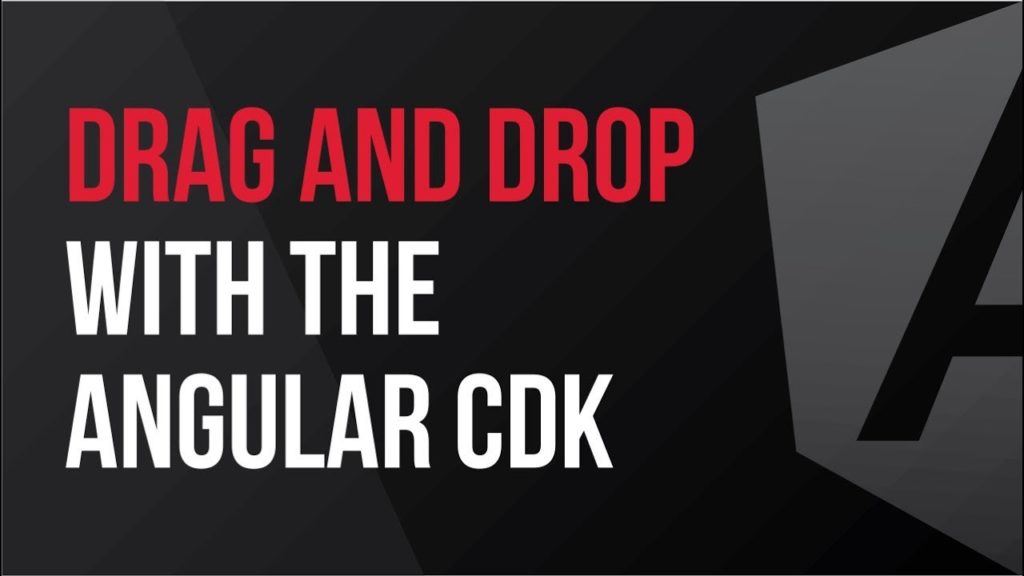 Helper methods for item transfer between lists and list reordering are also added. You can also override the standard drag animation if you don’t like it with this new Angular version.

The scrolling module introduced in Angular 7 allows for item loading and unloading from the DOM depending on the parts visible. This feature results in faster performance for users having large scrollable lists.

In retrospect, this virtual scrolling module makes the height of the container element the same as that of the total number of non-rendered elements remaining by triggering a high-performance way. This means that only visible items are rendered in view to create a performance boost for end-users.

Angular 7 is faster than all the previous Angular versions. A web development company in the USA can upgrade to this version faster than the others, and the framework is relatively more rapid – apps have a better and faster performance with the aid of the CDK module.

The Angular 7 also automatically removes the reflect-metadata from the polyfills.ts file and includes it in the application build step because it’s only needed in app development. This update, therefore, makes apps very small.  Budget Bundles in this new version will notify developers when their app is reaching a certain size limit.

This compiler transforms the new Ivy renderer compatible node_modules with the ngc to node_modules. These modules are then converted and compiled with ngtsc. As a result of this conversion, these legacy packages will be allowed to be used by the Ivy rendering engine. Even when the property is not initialized, this new Angular version has an enhanced error handling process.

The Angular Ivy renderer is not yet ready. The AngularJS development company team are committed to the actual progression of this renderer, but they won’t disclose a final timeline. The Ivy project is not a part of the Angular 7 version release, but it’s still under active development.

An official blog post stated that backward compatibility validation has begun and a complete beta is expected to launch with Angular version 8. Once it’s fully validated and tested, they hope to release it fully. There are expectations that the minor release of the Ivy renderer will be seen in the Angular 7 next version.

The process of upgrading to this Angular 7 version is straightforward. For Angular apps that are running on Angular 6 and RxJS 6, developers in a web development company in the USA only have to run a single command ($ ng update @angular/cli @angular/core) to upgrade to this new Angular 7 version.

If the developers are using Angular Material however, make use of the single line command ($ ng update @angular/material), and your upgrade is good to go. If you have any issues when upgrading or you encounter anything unusual, go through the update guide to find out if there are any special commands you might need to execute.

To Wrap It Up

Angular 7 looks like a better and convenient solution than the other previous features with enhanced technological features such as virtual scrolling, Angular material, drag & drop, and more. The AngularJS development company team made Angular better with this new version. As well, the ivy renderer is still under development.

It’s essential to hire a web and mobile development company with developers well experienced with AngularJS technology framework if you plan on adopting Angular in your mobile or web project. This app development framework is beneficial and modern – it can be used to develop products and apps that will make the trends of future generations.

Angular vs React – Which is The Best JavaScript Framework in 2018?