Windows serves over 1.4 billion users and is always at the forefront of innovation. Even though the latest Operating System for Personal Computers, Windows 10, was released in 2015 under the Windows NT (Hybrid Kernel), a lot has been done on the system to facilitate easier Microsoft application development in 2018.

No doubt, these tools, and upgrades are instrumental to Microsoft application development and they have been of immense help, we are spurred to explore other new features included in the Windows platform.

Microsoft Edge is a new feature in Windows and is on board to replace the erstwhile browser of over 20 years- Internet Explorer. This browser boasts improved speed, a more intuitive design, and it supports full Firefox and Chrome-style of extensions.

The new browser, Microsoft Edge which is an off-shoot of the Microsoft Application Development also has a Reading List for saving web articles, Cortana for voice commands and a Share Button for sharing web pages to Windows pre-installed applications and some Social Networking sites and other third-party apps.

Also new on the Windows 10 is the re-introduction of Cortana. Cortana is a personal voice assistant that was in previous Windows Operating Systems like Windows 7 and now, Microsoft brought it back into the Windows 10.

Cortana is based on Microsoft development solutions that not only help you in operating Windows with voice commands but also allows you to set reminders and add other relevant information to your device. You can through your voice commands ask Cortana to restart or shut down your Personal Computer.

The Start Menu was removed by Microsoft in the Windows 8 but it is back in the new Windows 10 Operating System. This move was lauded by seasoned Microsoft development experts as a switch back to the good old days although other factions posit that it’ll soon find its way out. The benefit of the new Start Menu is that it allows you to have quick access to your favorite apps and it also pins your most used applications to the Start Menu.

This new feature of Windows allows its users to access their notifications by pulling down the drag-down tab on top of the screen, clicking the notification icon in the lower-right side of the screen or by alternatively pressing “Win-A”.
The Central Notification Centre also has additional features like VPN settings, Windows 10 settings app and other tools like Quiet Mode and Location. This was realizable through the Windows App Development.

Microsoft development solutions engendered the “Task View” to manage the window and desktop via the Virtual Desktop System and so far, it has found its footing among users and developers. 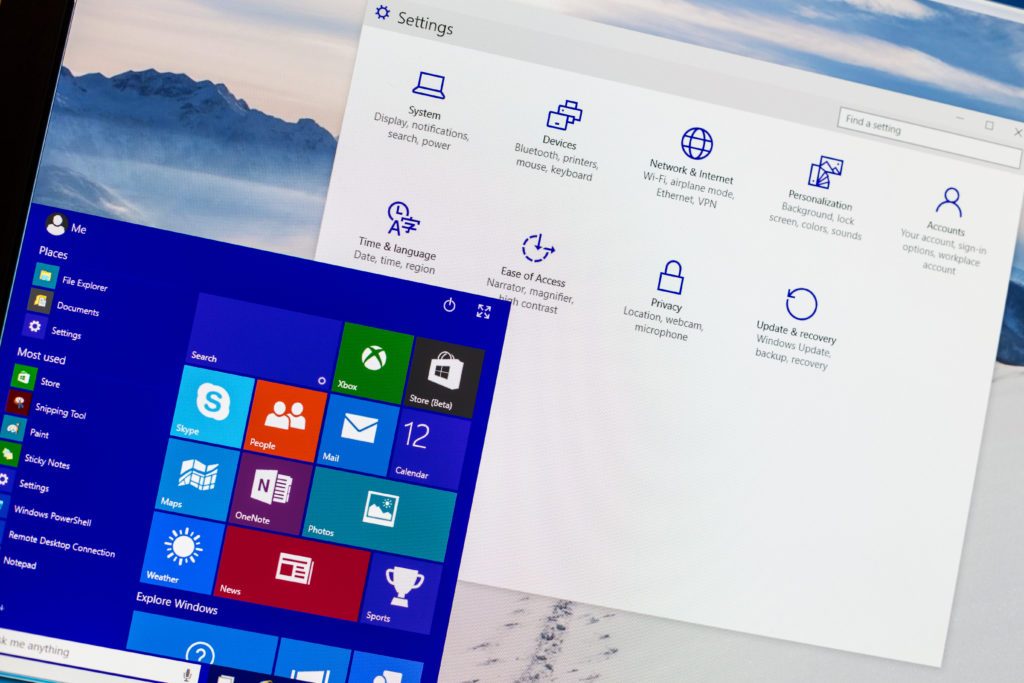 The Universal Windows Platform helps in providing adaptable interfaces for Windows devices and Personal Computers. It also allows the synchronization of application versions in different devices.

Prior to now, Microsoft application development has birthed ingenious solutions as regards bespoke games and apps. Windows recently introduced the game bar in the new Windows 10 Operating System which helps to capture videos of Windows games and screenshots them as well.

Microsoft development solutions are making the MS framework easier to manage. Windows now have additional security features that prevent the tracking and monitoring of Windows devices. This is actualized through the MAC Address Randomization and thus, third-party applications can no longer monitor Windows devices through their MAC address.

Finally, Windows has the ability to create and manage multiple desktop applications. More so, switching between the tabs is also done with relative ease. While it might not appeal to the average user, those who task their PC heavily will find this feature exciting.

While one might view Windows app development as obsolete, unfriendly, and bulky, it actually offers a whole lot of advantages. You might want to get started on Microsoft development by contacting a professional now.

An Amazing App idea, deserves a world-class development company like Dedicated Developers, where you will find high-end technology, tech-expert developers and development quality. For more information on our Microsoft development, mail us at inquiry@DedicatedDevelopers.com