Mobile app development featuring geolocation has created new opportunities for startups and tech giants. Even though it just recently took off, it has become fully ensconced in almost every app development project. This is probably because of the manner in which the technology has changed the face of marketing, advertising, and sales.

The list isn’t complete without mentioning e-commerce apps. With the inherent tracking feature, customers have more faith in the company’s system of tracking ordered products. More so, as a mobile app development company, you can monitor the user’s location and use the information to provide tailored updates. In addition, app development for these retail companies will provide more accurate shipping information using geolocation.

Without a doubt, this is an essential feature when we talk about geolocation in mobile app development. GPS which stands for Global Positioning System is a technology which facilitates accurate determination of the user’s current location with the aid of data transmitted by satellites in space. This feature is readily installed on almost every mobile device and it allows for easy tracking or monitoring for any mobile app development company delivering on-demand services.

Sometimes, the GPS chip installed is unable to receive signal, perhaps, due to a bad network. This is not unusual, and in fact, infrastructure is on the ground to ensure that geolocation continues to thrive in its absence. A mobile applications developer can, with the aid of mobile networks, identify the cell tower being utilized by the customer and then compare the data with what is obtainable at the base station. 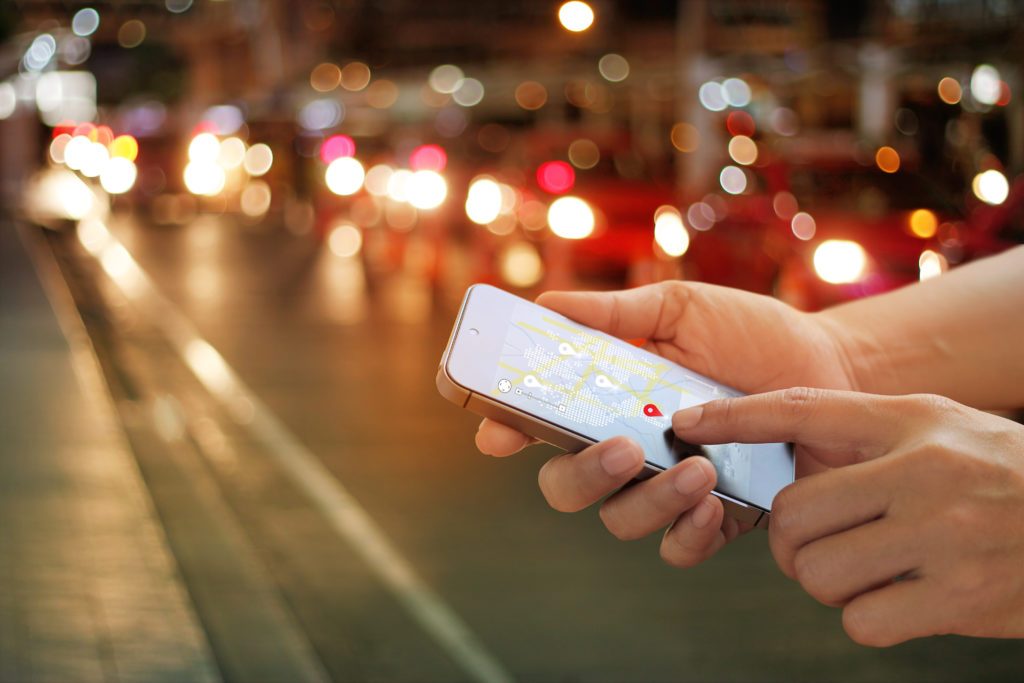 Most people, when they think about Wi-Fi, immediately picture how they connect to the internet. However, mobile applications developers know that this feature is particularly useful in accurately detecting the position of a user. This is possible because Wi-Fi covers smaller areas, making it more precise.

The location can either be detected via the Received Strength Signal Indicator (RSSI), which uses the signals from the phone made available in the database of Wi-Fi or the wireless fingerprints f frequently visited locations. Map Kit Frameworks or Google Maps geolocation are real map services used often in mobile app development.

Geofencing is a method which provides knowledge on the proximity of a user to a particular point. Like other geolocation-based app development products, it relies heavily on GPS to provide accurate information. Furthermore, geofencing gives insight into whether a user is inside or outside a building. One added benefit is the personalization concomitant with it.

How can geofencing be triggered? It can be dynamic, static, or combined. When it is dynamic, it is based on the location of a data stream which is constantly changing. For static-triggered geofencing, the position of a user relative to a particular spot is used. It can also be combined, i.e. the location of the user with respect to other users.

Mobile app developers are paying more attention to geolocation security features nowadays as a result of the privacy concerns. Any mobile app development company with data on users will need to convince users to retain that access. This is because users now believe that the data can be used to harm them in one way or another.

A survey on customer preference for geolocation apps saw 75% of the sample size express concerns over security when sharing their location details. 73% said they were concerned about their privacy and 32% said they fear that this information could be disseminated to third-parties without their permission.

These features have helped the tech industry grow into what it is today. Geolocation is now projected to become an integral part of app development in the nearest future. As a mobile app development company, you are advised to invest in these skills before the demand exceeds your expectations.

An Amazing idea deserves a world-class development company like Dedicated Developers, where you will find high-end technology, tech-expert developers, and development quality. For more information on our App Development services, mail us at inquiry@DedicatedDevelopers.com