What are New Approaches in IoT Security?

The growing security threats that are bound to accompany the proliferation of IoT utilization bedevils not only IT security professionals but our society at large. However, a majority have failed to appreciate the gravity of IoT security issues facing us presently. These are issues that can undermine our overall confidence in IoT solutions. As such, IoT security issues such as end-to-end security and data privacy have become the top priority in the IoT solutions industry.

As scale and scope of IoT app development are growing by leaps and bounds, it’s becoming increasingly challenging to keep close tabs on IoT privacy and security issues. Today there are over 8 billion IoT devices in use across the globe, and over 20 billion are expected to flood the market around the world in 2020. While this brings about greater control over utilities and service deliveries, it’s also paving the way for greater vulnerabilities to cyber attacks.

In reaction to this, there’s been an unprecedented allocation of resources to cybersecurity recently. According to numerous industry surveys, cybersecurity has risen to become the top priority of industrial IoT users presently. Forecasts show that the IoT security market will rake in $4.4 billion in yearly revenue by 2022.

This post examines the new approaches used in tackling the new challenges that result from the meteoric rise of IoT use across the globe. 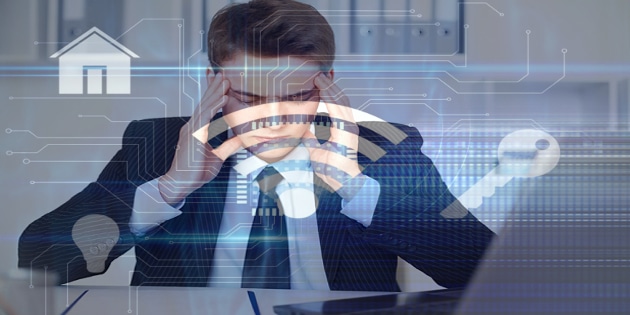 The Growing Pains of IoT Security

According to a recent report by the Ponemon Institute and Shared Assessments, 81% of pollsters anticipate a major information security breach in their organization’s IoT facilities within 12 months from the polling date.

97% believe that such a breach will have catastrophic consequences. Today, there’s an increasing number of cyber attacks that are seizing upon the vulnerable features of IoT devices, including cameras, building doors, and a wide array of consumer devices to launch distributed denial of service (DDoS) attacks and a host of other malignant activities.

These attacks are becoming more consequential by the day as IoT app development is gaining increasing applicability in facilities such as on-premises security, medical facilities, heat and ventilation systems, etc.

Even some IoT solutions that are yet to be released may never see daylight due to the current state of IoT security issues, as these security threats are capable of undermining the benefits which these prototypes can offer. 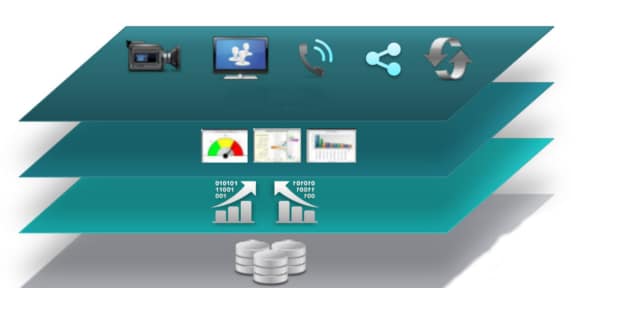 The 4 Layers of IoT Security

From the device to the network and cloud, IoT security is implemented across multiple layers. This multi-layered approach to security is imperative for the end-to-end security as well as the consummation of the lifecycle of the IoT solution. The following is a rundown of the 4 major security layers of an IoT solution:

Related Blog: Know the Role of Mobile Development to the IoT

This layer of security covers an IoT solution’s network connectivity. The connectivity medium, which refers to the means which facilitate the secure transmission of data, can consist of a physical layer (Wi-Fi, Ethernet, etc.), a networking layer (IPv6, Modbus, etc.) or an application layer (web socket, MQTT, etc.). Some security features often used in this layer include firewall, IPS, end-to-end encryption, access control, etc.

Inadequate security in this layer can cause susceptibility to attacks such as man-in-the-middle attacks.

The major security challenges in this security layer are data breaches and DDoS attacks.

This security layer encompasses the continuous security updates for an IoT solution. It entails the processes that ensure that adequate security is provided for an IoT app development, from its creation to its deployment and disposal. Some of the common features of this layer of security include activity monitoring, updates/patches, and secure decommissioning.

Now that you know the four main layers where the battles for IoT security takes place, let’s take a look at the trends influencing these battles.

Although based on the internet, the IoT is giving rise to a new wave of security threats which the traditional internet technology didn’t have to deal with. For starters, IoT solutions come with multiple points of exposure, including the connected devices, systems, and applications.

Any compromised device becomes a vehicle used to further spread the attack. As a result, attacks on IoT devices are becoming highly consequential as an attack on a single device can easily spread throughout an IoT ecosystem. The use of mounting technology stacks including various hardware, communication mediums and software infrastructure in IoT development also opens up more points of vulnerabilities.

Cyber espionage groups and low-life cybercriminals are outdoing other IoT attackers, including terrorists, hacktivists, and state-sponsored attackers. They’re becoming more sophisticated by the day. Their weapons are becoming increasingly sophisticated, including advanced malware that mutates, as well as DDoS blackmailing. This presents significant implications about the motives behind most IoT-specific attacks.

Related Blog: What are Some of the Best IoT Enterprise Solutions

In 2017, the amount spent globally on third-party IoT security solutions was estimated at $703 million. This amount, which does not include the cost of security features provided by IoT vendors, has been forecast to reach $4.4 billion by 2022, thanks to new regulations and the increasing deployment of IoT application development.

The major players in the IoT security market include established companies and mold-breaking startups that are chip manufacturers, and well as SaaS companies.

The increasing deployment of IoT devices in enterprise ecosystems is making manual security tasks such as the isolation of compromised devices, revoking certificates, etc, increasingly tedious. IoT solution vendors are creating ways around this problem by integrating artificial intelligence and machine learning with IoT security features. 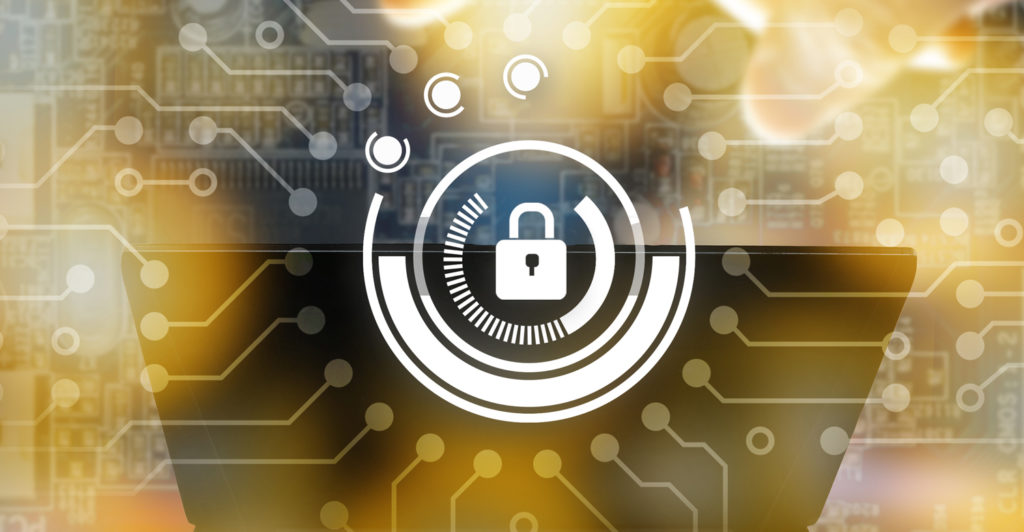 Aspects of IoT Security Where New Approaches are Taking Shape

IoT security is a highly complex subject, as there is a slew of hardware, software and IoT vendors influencing the tenacity of security solutions. So much so that there is no one-size-fits-all solution for IoT security issues. The following are the key aspects of IoT solutions which IoT vendors are handling with new approaches:

Security Features that are Unique to IoT Development

Most of the IoT security solutions used today are based on traditional internet security measures. However, the unique challenges of IoT Mobile application development require unique solutions. One of these unique challenges is remotely monitoring and safeguarding data privacy, service integrity, and service availability on basic IoT devices which are within the reach of hackers throughout their lifecycles.

The Deployment of Immunology Principles in IoT Security

Most IoT devices come with rudimentary processors and simple operating systems which do not support advanced security approaches.

Consensus on Terminologies by the  Players in the IoT Industry

Unlike the traditional internet technology, IoT solutions require inputs from numerous sources, from hardware manufacturers to network providers and IoT app developers. However, one of the major restraints hampering the collaboration between the major players in the IoT industry has been the consensus on terminologies.

With the rapid pace of technological advancements and deployments of IoT development, the regular security evaluation measures for IoT solutions are fast becoming arcane. These traditional security evaluations, including lab-based security certifications, process single products rather than an entire ecosystem, which is characteristic of most IoT solutions. One of the best alternatives to traditional security certification processes is the light-touch benchmarking tool.

The following is a rundown of technologies which IoT vendors are keying into in order to forge better approaches to IoT security challenges. This list is anything but exhaustive, as the increasing threats of IoT attacks are inducing the development and deployment of more security technologies by the day.

The network security technologies for IoT are much more complex than those of traditional internet services due to the wider array of hardware, communication protocols and capabilities which increases the complexity of IoT solutions. New technologies for protecting the network link between IoT devices and back-end systems on the cloud comprise the traditional security features such as anti-malware, together with other features such as intrusion prevention, detection systems, etc.

The authentication processes of traditional enterprise networks usually involve the keying in of credentials by human operators. However, a typical industrial IoT development is based on machine-to-machine interactions that take place without human intervention.

API security is imperative to the secure transmission of data between IoT devices, back-end systems, and applications. IoT API security technologies safeguard the integrity of transmitted data in IoT systems to ensure that only authorized devices and apps can interact with APIs. These technologies also identify potential threats against specific APIs of an IoT application development.

One of the most effective approaches to IoT security is the preemptive use of data garnered from IoT devices to foil imminent attacks and intrusions. IoT security analytics tools not only facilitate the collection of data from IoT devices, but they can also provide insightful reports about suspicious activities. These tools are now being integrated with machine learning to provide IoT development with even more robust prediction capabilities than what is obtainable from traditional network security technologies.

The following are some tips for protecting your IoT development from the current IoT security challenges:

1. Tighten control over enterprise networks: If possible, you can separate the role of the people controlling IoT devices from the people in charge of security. The latter should be well-versed in subjects concerning the security of the devices as well as their impact on the network.

2. Implement security standards: You can implement basic security standards such as changing the default credential, configuring guest networks that are demarcated from the main network of the enterprise, setting up a different user account for the admin, disabling idle services, etc.

3. Enable the security features of devices: Although many of these features may come off as inconvenient, it is better to be safe than sorry.

4. Automate updates: With so many devices in an IoT system, it might be difficult to install security updates in each device manually.

5. Manage devices in a more organized way: Keep to a minimum the number of devices inside a system to make it easier to keep close tabs on your system devices. Configure the devices differently from their default settings and save details of the custom configurations.

6. Deploy backups: This is more of a recovery measure than a preventive one. This is to enable you to easily recover files after any attack.

Digital technologies can bring a major boon and productivity boost to an enterprise. However, the security threats which IoT systems bring along with them can outweigh their benefits in some cases. IoT Mobile app development that writhes with vulnerabilities in the enterprise ecosystem are inviting to malicious cyber attackers. This is reflected in the increasing rate and magnitude of cyber attacks.

Since data is the currency in IoT systems, it’s imperative for any IoT security approach to focus primarily on data security. And coupled with a host of other challenges, specifically DDoS, the security threats to IoT development call for IoT security solutions that are dynamic, self-adjusting and self-learning. When you’re ready to create an IoT project and want to be certain the security is top notch, be sure to Contact Us, and we’ll work with you to make your project a success.